If you’re into doom metal you probably already know who Kimi Kärki is. Or if you don’t, you surely remember a power trio from Finland named Revered Bizarre, with a man called Peter Vicar as guitar player, that spawned some of the most heavy and slow riffs in the genre. Since more than 10 years this band has ceased to exist and he is still playing this kind of music the stage with them when I was playing with my band, Night Gaunt, at Hammer of Doom 2016 and to meet him in the backstage. As a fan of both of his bands I decided to same question for an interview I did when his new solo album, Eye for an Eye, came out for Svart Records one year ago. When I sent him the question he was in the US to study/work for his PHD in the university

Let’s talk about Lord Vicar’s latest album, Gates Of Flesh. How much time have you spent to compose the songs and to record the album?

Well, the songs were more or less ready about three years before we finally recoded the album. It was a slow and complicated process. Partly it was because our drummer worked in Kuwait for a few years, and partly because our bass player situation was fluctuating. Of course whenever there are distances like we have, things can take time. We accept that, and just plan ahead so that we can do things that we feel are part of this band’s evolution.

Last year you did a tour with Sami Hynninen on bass. Why he did not entered in the line up as stable member? What are your future plans for live shows?

Sami came to fill in, when our original bass player Jussí became unavailable. We ended up playing with him longer than he originally signed for, pretty much a full year — good times. It was great to play with Sami again, but this was pretty much the perfect length for that adventure, as he had no time to learn some new material we badly wanted to play live. We do have a permanent replacement now, a very cool and capable player from UK, Rich Jones. He has played before with our drummer Gareth, so I feel we have a fucking solid rhythm group now! Rich has so far played just one show with us, the Hammer of Doom festival in the Autumn of 2016, as I had a work commitment in the USA… I am actually writing this while waiting my return flight to Finland, at JFK, so expect Lord Vicar to be more active again soon, haha! We did plan a U.S. mini tour, but after that Italian band was turned before South by Southwest, we didn’t want to risk anything. It’s not like these underground minitours would generate money, we are usually happy to break even, all things considered.

Lord Vicar line up with Samy Hynninen on bass

Gareth actually lives in Basel, Switzerland, so we are all in different countries. We rehearse very rarely, obviously, Norjalle before studio and before touring, but we don’t fuck around when it’s time to get rid of the rust and get the new material in shape. It is great with the new technology, as it’s easy to record demos and send them over. I have three other active groups with Finnish only members, so why not do something different and base a band on international friendship and the raw and authentic charisma of these wonderful people?! I love them like brothers and we have tons of fun when our thing really comes together, a very special and heavy group. My favourite band of all the things I have done!

Are you composing or playing new stuff with your other musical project like Orne, E-Musikgruppe Lux Ohr and Uhrijuhla?

Yes. I am writing the third Orne album now, E-Musikgruppe Lux Ohr is halfway through the next album, Uhrijuhla will continue rehearsing when I am back, with new material, and I am releasing my second singer-songwriter album Eye For An Eye in August. Where I come from the birds sing a pretty song and there is ALWAYS music in the air.

Ten years ago Reverend Bizarre broke up. A new generation of metalheads discovered doom metal thanks to your music and you became one of the first classic doom band to have a good audience even outside the underground. But that genre was not popular in Finland back in the days. Is now more considered? Are you more popular now than when you were active?

I am not sure, there is no way to test it as the band is dead. We had a good run, and during the last couple of years of the band, 2006—2007 we were sort of breaking through outside the doom metal audience. Which was good, of course, but partially to do with us saying goodbye and getting exposure because of it. I am very proud of what we did, but we all feel strongly that it is not what we are as people nowadays. We have moved on to other things, and have no interest in some lukewarm reunion. And we have been tested well in that regard, with some fine offers, haha!

15 years ago you’ve recorded In the Rectory of the Bizarre Reverend. That album now is considered and absolute classic of doom metal from the 00’s. What memories do you have of the recordings? How do you see that album 15 years later?

I remember the sessions were somewhat stressful, as the studio moved in the middle of the recordings. I sucked as a player even more than I suck now, so it was pretty much about learning the trade back then. Because of that it will always be special. I think the album has stood the test of time really well, and it is my favourite one of all the things we did.

A lot of people still ask why Harbringer of Metal lasts as much as your other three records. Why you don’t consider it a full length album?

Because it was decided by Sami that it was not part of the original plan, part of the whole of the five full lengths… that then became three. Of course it is a full length album, and when compared to some of the things we did later, not even THAT experimental, haha! I’d also say that the other EP, Return To Rectory, could also be said to be a full lenght album. But don’t tell anyone…

One of your major influences for your acoustic solo recordings is Leonard Cohen, who died last year. What are your favourite songs of him? Does his lyrics inspire you for your other projects?

I have plenty of favourites from his heavy catalogue of songs. If I had to name ten, I guess ‘Famous Blue Raincoat’. ‘Story of Isaac’, ‘Suzanne’. ‘Hey, That’s No Way To Say Goodbye’, ‘Chelsea Hotel #2’, ‘If It Be Your Will’, ‘Darkness’, ‘Treaty’, ‘Almost Like the Blues’, and ‘Sisters of Mercy’ could be there. In some other day there could be some other songs… His way of writing, the deep currents of it, does inspire me in general… But I am not him, and come from a very different cultural background and social context. I admire his playful purity, his writing is full of paradoxes. And he was extremely slow and careful with his songs.

You work in the University and now you’re living in the US. What are you doing there? I know you’ve followed the US elections and you like Bernie Sanders a lot. How is living in America during Trump?

As I mentioned, I am a couple of hours away of getting out of here. I came to be a Fulbright Visiting Fellow at Case Western University’s Center for Popular Music Studies. And I also worked at Rock and Roll Hall of Fame Library and Archive two days a week. It was totally a research trip, doing my postdoctoral research. I have been analysing the links between Transhumanism and popular culture… those ideas are now everywhere: Artificial intelligence, extended life spans, synthetic biology, nanotechnology, space colonization… Human evolution through the new technologies, and the dangers and ethical questions that situation brings. Transhumanists have a long cultural history that I wanted to trace by looking at science fiction, films, books, games, songs. I still have funding to continue on this until the end of the year, but I would need two more years, to write the book. Otherwise only some articles will surface out of this. Living here in the USA was great, because I met a lot of likeminded people who have nothing in common with their president, in terms of values. In the urban universities that is pretty much a given ‘bubble’, but I also lived with really cool people that had Black Lives Matter sign outside, and trained Aikido with some really intelligent and liberal people.

Your guitar sound has always been very particular and unique. What are the secrets behind your sound? What kind of gear you use?

It’s a kind of beat up (by me) Gibson SG Special tuned down 1,5 steps to C#, played with a hellish volume through a Laney tube amp. But they say that the sound is in the fingers, and I try to work around my technical limitations by channeling all intensity and heaviness I can muster… It’s a form of exorcism, sculpturing air with the burden of the insanely heavy riffs‼! 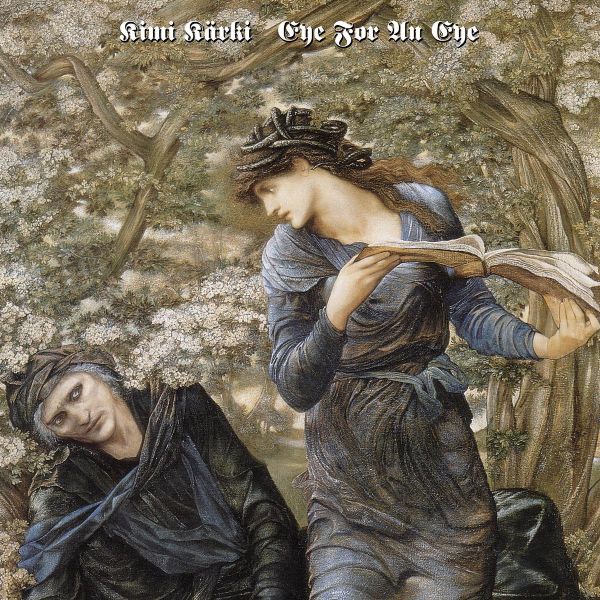