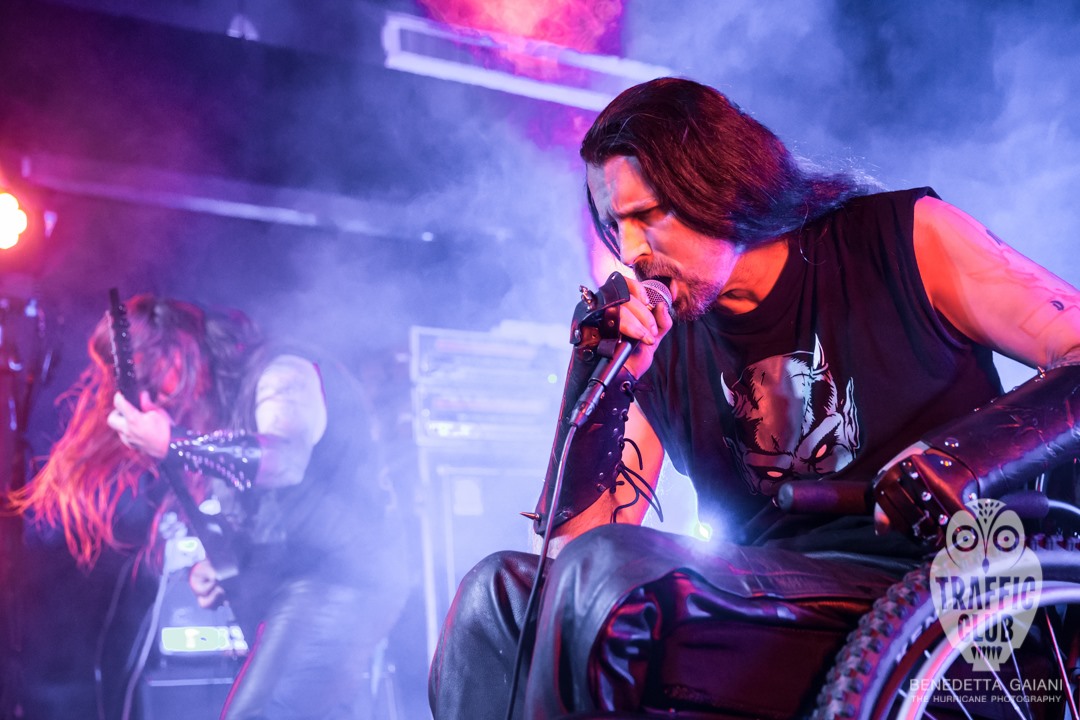 This year many of the most loyal death metal fans went crazy for the new Possessed album. After 12 years since their reunion in 2007 they finally unleashed a new album, Revelations of Oblivion, who immediately gained many very good feedbacks among the heavy metal maniacs. Three weeks ago they came here in Rome to play a wonderful show. I think the gig went sold out but the venue (Traffic Live Club) was completely packed for sure. I had the pleasure to interview Jeff Becerra after the show for The New Noise. Usually a band on tour prefers to be interviewed before performing live, but in this case Jeff had enough patience not only to answer to my questions, but also to sign records and to take pictures with literally everyone who came to see them.

Pictures by Benedetta Gaiani . The whole album with other pictures of the show is here

Last question about WII was asked by Giuseppe Colio

First of all Jeff, what do you think about tonight’s show? How do you think the crowd reacted to your music?
Tonight’s been great, I love playing in Italy, everytime is cool but tonight in Rome it was crazy!
Have you been here before?
Yes, I’ve been here before but it’s the first time in this club.

Let’s talk about your new record, Revelations of Oblivion. You reunited more than 10 years ago, why the new record came out just now. It was difficult for you to compose and record the material?
No Daniele, the composition was really quick, but it happened I got shot twice. It took me 7 years and a half to recover mentally and physically. I had a lot of ups and downs. Basically, I wanted the best band possible and to tour long enough. It took me a while to get back on track.
Is the title of your new album inspired by the book of Revelation?
All my albums take inspiration from the book of revelation, all of them.
Is it your favorite part of the Bible, or the one that scares you most?
It’s very real, you can see the similarities between our culture and the book of Revelation. It’s one of the most metal chapters of the Bible. You almost preach gospel and stay heavy metal. 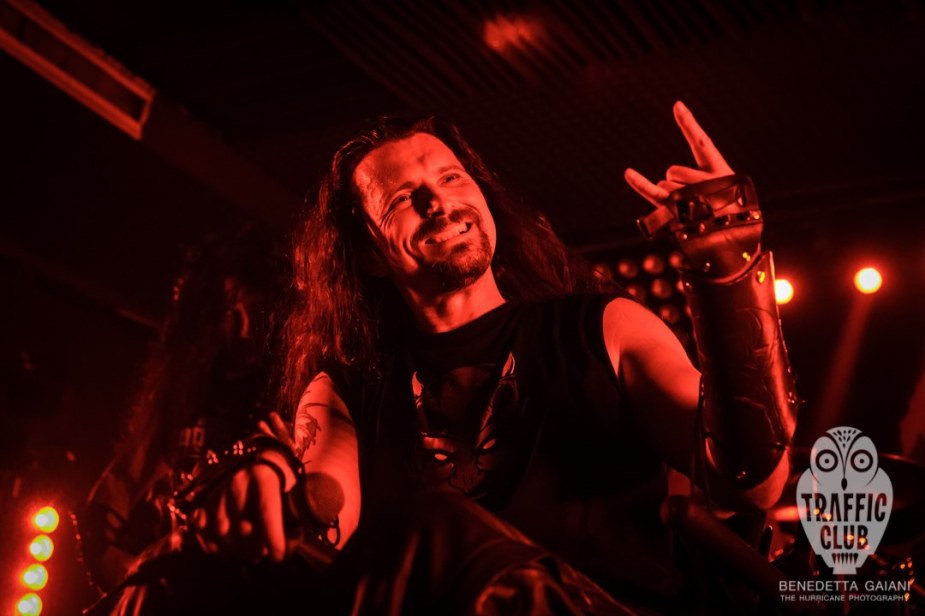 Do you think the new line up worked well for the composition of the new songs?
Yeah, it’s the best line up ever! The most perfect one that I could ever find, and I’ve been searching for a while.

The first time I saw Possessed was in 2007 at Wacken Open Air, you played with the Sadistic Intent guys in the line up. It was the first time you thought about reuniting Possessed?

I have a huge gratitude for the Sadistic Intent guys. We we’re playing in Drop B and it was like a training wheel and a stepping stone to give me back on track. I owe them a huge amount of gratitude, we split amicably because they wanted to focus on their band and I wanted to build the real Possessed.

Your absolute classic Seven Churches came out almost 35 years ago. What do you remember about the recordings and the composition process?
I met the Mikes (Mike Torrao and Mike Sus), they approached me when I was in tenth grade. They asked “Hey is you name Jeff Becerra?” and I was with my girl. “Do you play bass? Come check us out”. Mike wrote seven songs very roughly on a cassette tape, so I took those songs and I learned the bass part in one day. I’ve been kicked out of my old band so I had to build a bass cabinet. I went to Radio Shack and I’ve bought some speakers that me and my father used for it. They also asked me “do you sing?”, I said “Yes” but it was a bullshit so I had to learn how to sing. In 9 months literally I came back to Larry with a management and a signed contract on Combat Records. I’m very good in making bands. They’ve been in the garage for years, when they came to me it was very quick.

Are you still in contact with them?
Unfortunately I haven’t spoke to them in three decades, I love them and I owe them much. I respect their journey in live and whatever they want to do. It’s like old high school friends.

Possessed live @ Wacken 2007, with Sadistic Intent members in the line up
About The Eyes of Horror, are you satisfied with the production of Joe Satriani?
I think the production is a little weak but I like the album. I think It could have been heavier but I like it.
Do you think that Possessed are well known now than during the eighties?

Oh yes, definetely. We’ve never been on the pop charts before, and now the new album is 17° on the pop charts. We’re not the Cramberries or Rammstein, so it’s mind-blowing. We’re 12° on the German charts, it’s doing very well.

Do you like some new death metal bands?
Yeah of course. It’s a shame to call them “new”, but I like very much Necrot. I like a lot some older bands like Krisiun or Pestilence. I’m an OG, an old school guy.
Do you like also some italian bands?
Of course, Bulldozer!
Which memories do you have of the World War III with Celtic Frost, Voivod?
At that point I think Celtic Frost were still playing black metal. Me and Tom had a long conversation, at that time Celtic Frost brought death metal to Europe. There was Nasty Ron from Nasty Savage had three beautiful tiny naked girls all for him. Martin Eric Ain and Tom had a fight and Tom had to sing the entire set with his jaw broken. And of course Voivod were amazing! 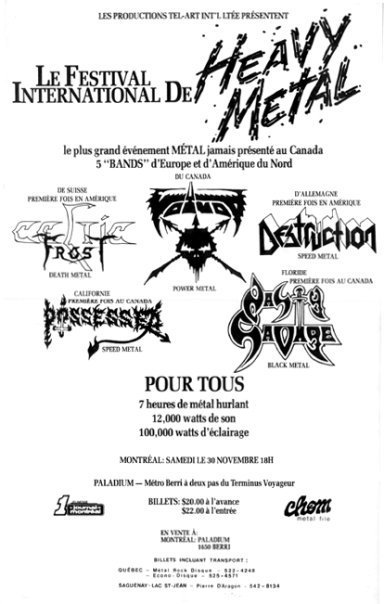